The final and largest blockhouse at Mission San Luis was completed in 1697. A palisade and moat were added in 1702 in response to British incursions into Spanish Florida. The 70 ft by 40 ft blockhouse probably garrisoned about 45 soldiers near the end of the mission era. There was evidence of internal rooms within the blockhouse and a probable stairway leading to a second story, reflecting the "high and low quarters" mentioned in historic documents. 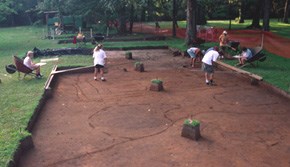 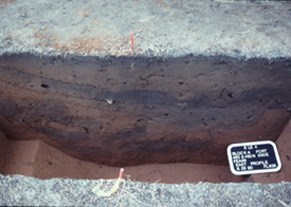 Profile of the dry moat surrounding the fort. 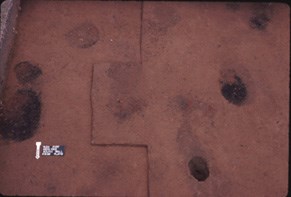 South wall of the block house. 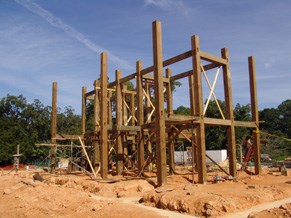 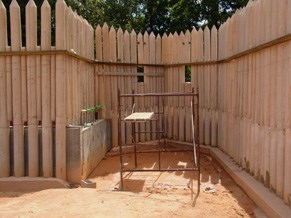 Reconstructing the palisade and bastions. 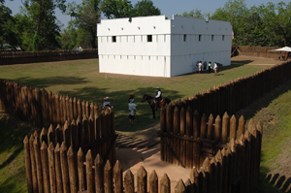