The size and proportional system of the church at Mission San Luis was identical to its counterpart in St. Augustine, dispelling the popular belief that all Florida missions were simply primitive outposts. The most challenging aspect of the excavation and reconstruction of the church was avoiding any damage to the cemetery located beneath the church’s floor. An estimated 900 mission residents are buried there.

At Mission San Luis, meticulous reconstructions of Apalachee Indian and Spanish structures re-create a community that disappeared three centuries ago. At over 120 feet in diameter, the council house is among the largest Indian structures ever built in the Southeast. It wasn’t uncommon for the council house to hold 1,500 or more people in the 1690s. We guarantee that smaller groups will find it just as magnificent today. 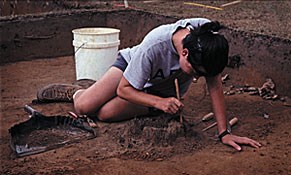 Graduate student carefully excavating
the remains of a charred post. 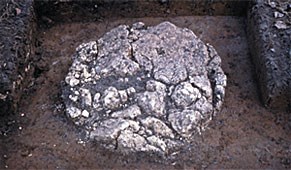 The base of the limestone baptismal font
indicating the location of the baptistery. 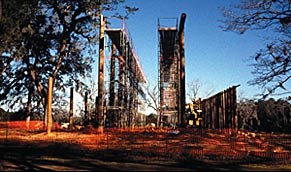 The main support posts being
erected during reconstruction. 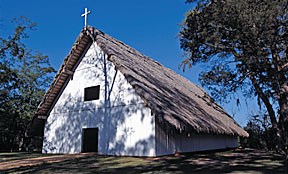 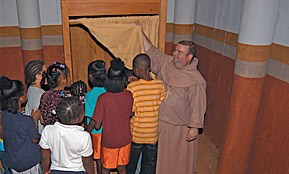 Church furnishings being explained
by a costumed interpreter. 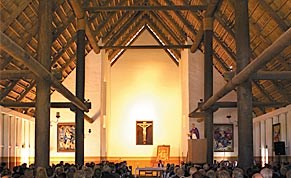 A commemorative Mass in
the reconstructed church. 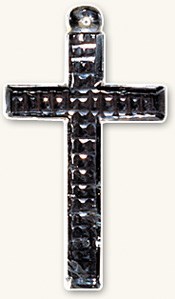