During the three generations of contact at San Luis, Apalachee society and culture began to favor European customs and fashions. When Spanish men married Indian women, their mestizo children and grandchildren favored Spanish language, custom, religion, and clothing over Apalachee traditions. A few Indians, mainly chiefs and their mestizo descendants, learned to read and write in Spanish. 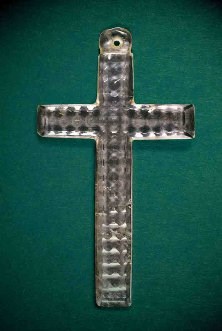 The mixing of European and Native American blood and customs at San Luis marked a blending of cultures that still exists throughout Hispanic American countries. Throughout the Spanish colonies, the Catholic Church used the power of Christianity to "civilize" native populations.

This process of religious conversion was accompanied by native peoples adopting Hispanic customs, beliefs, and practices. In making the Catholic doctrine more attractive, the Church allowed some native religious beliefs and customs to continue. This occurred even as European Catholics were punished for the slightest deviation from strict doctrine.

At San Luis for example, Father Paiva wrote down his objections to the Apalachee ballgame, especially the gambling that took place. However, at San Luis and other villages in Apalachee Province, the traditional ballgame dedicated to the gods of rain and thunder continued even after the majority of native people worshiped Christian beliefs.

Widespread adoption of Christianity left physical evidence at Mission San Luis, too. Archaeologists found many rosary beads, crucifixes, and other ritual items, supporting the written history of Christian conversions among the Apalachees. Most important was the discovery of the Christian graveyard. Christianized Indians adopted Catholic burial ritual, choosing to be buried beneath the floor of the Mission San Luis church.

More than 700 native burials have been estimated in that location. Some burials were close to the church altar, a place usually set aside for friars and priests. Those individuals might have been Apalachee chiefs and other important natives.

The native practice of including valuable personal items in graves was forbidden by church doctrine. However, traditional items such as shell beads and other personal ornaments were placed in the graves of Christian natives. This is another example of the cultural blending taking place at San Luis and throughout the Apalachee Province during the 1600s.